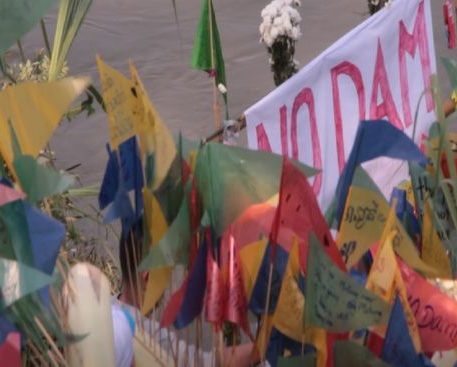 Public Statement by the Save the Mekong Coalition

The Save the Mekong Coalition includes members from across the Mekong River Basin. Our work is grounded in the understanding that the Mekong is a shared river, whose life-sustaining resources support millions of people throughout Southeast Asia and substantially contribute to the social and economic well being of the region. The Save the Mekong Coalition and its members have monitored the decision-making processes for Lower Mekong mainstream dams, including participation in national and regional Prior Consultation meetings for the Xayaburi and Don Sahong Dams. Our experience has led to growing concern over the future of the Mekong River and her people.

Decision-making on the Xayaburi and Don Sahong Dams revealed a breakdown of regional cooperation among Lower Mekong countries and failure of the Mekong River Commission (MRC) to provide a meaningful platform for informed and participatory consultations.

The documented “lessons learned” from implementation of the Prior Consultation for Xayaburi and Don Sahong emphasize the inadequacy of the project documents and studies submitted, and the limited time and space for meaningful public participation, particularly of affected communities [1]. Both processes were characterized by a lack of agreement between Lower Mekong governments. Decisions to move forward with construction disregarded concerns raised by neighboring countries over transboundary impacts, requests for further studies, and opposition from local communities directly and indirectly affected by the projects. For example, the Xayaburi Dam is more than 70% complete, however re-design documents have not been made public, despite repeated requests from MRC Development Partners and the public, limiting the means to independently verify the effectiveness of impact mitigation measures.[2]

To date, the transboundary and cumulative impacts of dams in the Mekong Basin have been largely ignored in decision-making, setting a dangerous precedent as new dams are put forward for review. The Prior Consultation process for the Xayaburi Dam leapfrogged the publication of the MRC-commissioned Strategic Environmental Assessment (SEA), which evaluated the risks and benefits of planned hydropower projects on the Mekong mainstream. The SEA predicted profound basin-wide impacts if all proposed dams are built and recommended a ten-year moratorium on dam-building on the Lower Mekong mainstream to allow for further study. According to the MRC CEO at the time, the SEA was intended to “support the consultation process for individual mainstream hydropower projects […] before a decision is made whether or not to go ahead and, if so, under what circumstances.”[3]

The findings and recommendations of the SEA were overlooked in decision-making over both the Xayaburi and Don Sahong Dams. We are extremely concerned that decision-making on the Pak Beng Dam – currently undergoing Prior Consultation – is set to follow the same pattern.

At the 3rd Mekong-Japan Summit in 2011, Mekong leaders agreed that further study on the development and management of the Mekong River, including on the impacts of mainstream hydropower projects, was essential. As a result, MRC Council Members initiated the Council Study in December 2011. According to the MRC, the Council Study aims to “close important knowledge gaps on how different water resources developments including mainstream hydropower will impact the river basin environmentally, economically and socially.”[4]

The Council Study has received significant financial support from international donors to the MRC. While the study has faced considerable delays, it is now scheduled for completion by the end of 2017. The study is important in providing a basin-wide perspective on the impact of major water use sectors on key areas of the Mekong River Basin.[5] As the Council Study enters its final phase, it is imperative that the study prioritizes participation of Mekong communities and CSOs through meaningful consultation and that the findings are shared in a timely and transparent manner. Completion of the Council Study provides an important opportunity for Mekong governments to ensure informed decisions on hydropower development in the Mekong Basin.

Decisions over projects that will impact the river must be shared by all countries and informed by basin-wide studies. Mekong leaders, the MRC and donor governments have the opportunity to utilize the Council Study to enable more informed and balanced decision-making over the development of hydropower on the Mekong River.

We call on Lower Mekong governments to, at a minimum:

[1] Dialogue Workshop on Lessons Learnt from the Implementation of the Procedures for Notification, Prior Consultation and Agreement (PNPCA)
[2] No information regarding resolution to the Prior Consultation process for the Don Sahong Dam has been publicly released. Furthermore since construction on the Don Sahong Dam began there has been limited information shared publicly regarding new studies or updates to existing studies requested by neighboring governments through the Prior Consultation process.
[3]  http://www.mrcmekong.org/news-and-events/news/results-of-strategic-environmental-assessment-of-hydropower-on-the-mekong-mainstream-released/
[4] http://www.mrcmekong.org/news-and-events/events/member-countries-agree-on-next-steps-for-council-study-on-sustainable-development-of-the-mekong-river-basin/
[5] MRC Council Study, Concept note: http://www.mrcmekong.org/assets/Publications/Council-Study/Concept-Note-for-Council-Study-final-15012013.pdf

Thai, Lao, Khmer and Vietnamese versions (to be updated)