On Thursday, June 8, 2017 the Thai Network of Eight Mekong Provinces filed a lawsuit against relevant Thai government agencies for their involvement in the Pak Beng Dam on the Mekong River, and the expected transboundary impacts on communities in Thailand.

The Pak Beng Dam is the third dam planned for construction on the lower Mekong River mainstream (following the Xayaburi and Don Sahong Dams). The dam will be located in Oudomxay Province, Northern Laos, blocking the river about 92 kilometers downstream from Thailand in Wiang Kaen District, Chiang Rai Province. China’s Datang Corporation is developing the 912 MW project. Approximately 90% of the electricity is planned for sale to the Electricity Generating Authority of Thailand (EGAT), for export to Thailand. 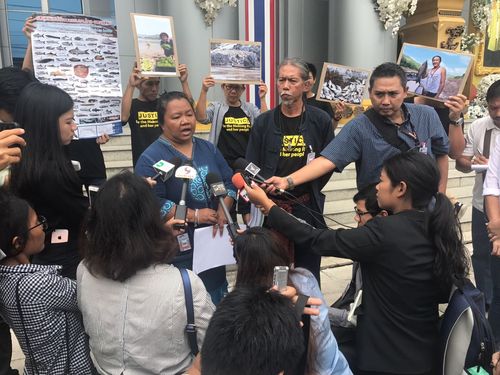 The Pak Beng Dam is currently undergoing Prior Consultation in accordance with the Procedures for Prior Notification, Prior Consultation and Agreement set out under the 1995 Mekong Agreement. The initial 6-month Prior Consultation period will conclude on June 19th. As part of the Prior Consultation process, the Mekong River Commission (MRC) conducted a Technical Review of the environmental and social impacts studies for the Pak Beng Dam. The review focused on a number of critical issues including, hydrology, sediment, fisheries, dam safety, navigation, and social and transboundary impacts. The MRC’s Technical Review team found significant shortcomings in the reports submitted to the MRC in November 2016. There was very limited information provided in particular regarding fish species that would be impacted by the dam. Data collection was extremely limited, fish sampling was carried out over a few days at six stations in 2011, in the dry and rainy season. Experts conclude that the proposed fish passage, designed to mitigate the impacts of the Pak Beng Dam on fish migration is unlikely to be effective. Furthermore, reviewers found that studies of the Pak Beng’s transboundary impacts were inadequate, especially in relation to the expected impacts in Thailand.

Thailand has held four meetings regarding the Pak Beng Dam, as part of the Prior Consultation process, and at each meeting Thai people expressed significant concerns about the transboundary impacts of the dam, both upstream and downstream. Given the inter-connected nature of the Mekong River, if the water level in the river rises by only 50cm-1m, there will be impacts. Villagers in Thailand are particularly worried about flooding, as a result of the dam’s reservoir. Information shared at the Pak Beng forums in Thailand was very limited, and so people have been left with many questions regarding the impacts of the project. Today when dams upstream in China release water during the dry season, it causes flooding downstream. If the Pak Beng Dam is built, villagers in Chiang Rai will be living in between two dams. 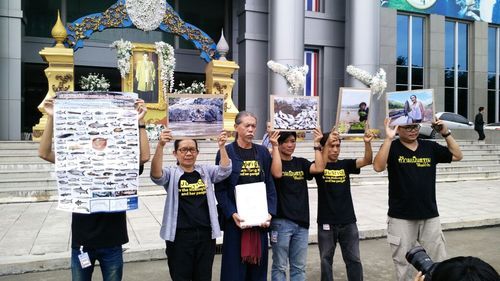 The lawsuit is the second case filed against Thai government agencies regarding cross-border impacts from projects outside of Thailand, and which deals with transboundary environmental and social impacts of hydropower projects on the Mekong River. The lawsuit calls for the Thai agencies named to protect the rights and freedoms of people living in Thailand.